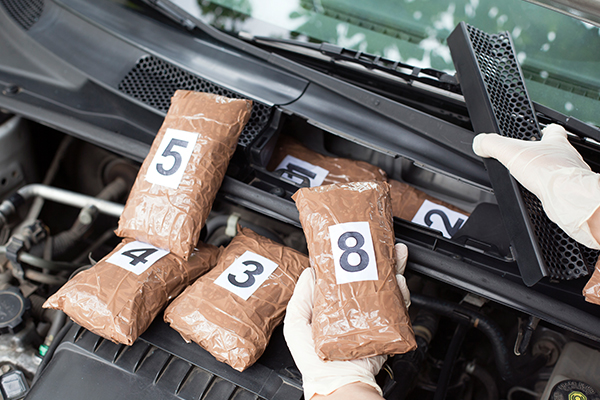 “Distribution” of a controlled substance is simple to understand. Generally speaking, to be charged and accused, the authorities needs to have probable reason to think that you were involved in a person to person transaction of a controlled substance. The quantity of the drug is a lower component of the criminal offense, it could be well as low as a gram.

In the U.S., drug distribution laws concentrate on increasing punishments on those found guilty of distributing, selling, and/or illegally transporting illegal substances. The penalty for commonplace misdemeanor drug charges pales in comparison to these criminal offenses, which relate to both a state and federal level. If you are apprehended for distribution, given the rise in the focus on stopping drug-related crimes, the opposition you encounter will be ardent in their search of the harshest sentence they can get for you.

The severity of the consequences with which a person is charged may rise even more depending upon the scenarios involving the incident; components like possession or delivery, regardless if you assisted in its manufacturing of the drug. The difficulty for your case only increases if there is an accusation to have intent to manufacture or deliver within 1,000 feet of a school zone, which can increase charges significantly. Not to mention the supposed possession of a firearm or weapon.

Possession with intent to distribute, for instance, becomes a little more fact-specific, and the prosecution ordinarily turns to circumstantial evidence to prove this charge. Other proof that is usually associated with drug distribution can be used to prove your intent, such as common household items like baggies, scales, and large amounts of money.

There is the chance of drug charges to be dismissed. Typical defenses to drug distribution/delivery/possession with the intent to deliver/manufacturing charges include: problems to the legality of the search which lead to the discovery of the controlled substances (including challenges to search warrants); challenges to police error to follow the necessary process of drug delivery inspections; to name a few possible defenses; the proof that the materials caught were really yours.

Whatever area you stay in, drug distribution is a very serious crime. If you or a loved one are now facing punishment for a charge of drug distribution, it is actually vital that you get the support of a qualified attorney immediately.