Home » Illegal Search and Seizure on I-70 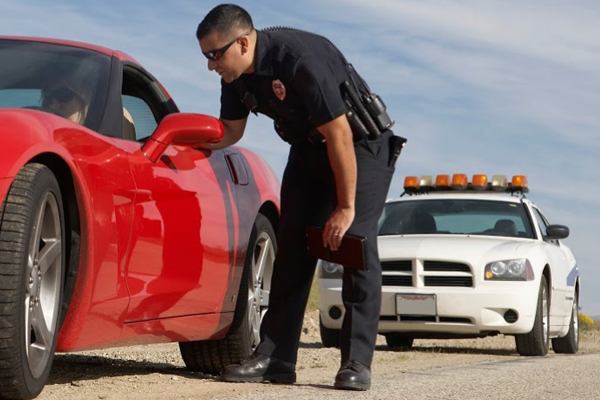 Illegal search and seizure on I-70 is one thing many vehicle drivers have been subjected to in the past because of the widespread drug activity caused by conflicting drug laws of neighboring states. A police officer will commonly begin a stop unlawfully, pulling over a driver just because they are suspicious of an out-of-state license plate. Usually, the officer will present a minor traffic violation for the reason of the stop before asking the driver to submit to a search of the car. This situation is truly frightening to drivers, and many times drivers will let the illegal search of their car and/or property happen without a general know how of what is allowable in accordance with their constitutional rights.

When Does It Become Illegal Search and Seizure On I-70?

State or federal law enforcement officers may simply perform a search of your property if they have probable cause. They must have a valid search warrant or a cause to believe, more than just a suspicion, that a criminal offense is presently being committed or that you are about to commit a crime. An arrest must be backed up by probable cause in order to be regarded lawful. Only after an arrest has been made can the police search, or “frisk,” the body of the individual who was apprehended for weapons or illegal items. In addition, the police can search the automobile, including the trunk, if there is a reasonable belief that they hold illegal or stolen goods.

To stop a vehicle, an official needs only a reasonable suspicion that the driver is in the process of committing or has committed a traffic offense. In most cases, the reasonable suspicion appears from the officer’s own perceptions of the driver’s behavior. As a general rule, however, a speeding or traffic violation, by itself, will not validate the search of a car or truck. A driver’s increased speed does not indicate that the driver is violent, and it does not give the police officer any reason to think that he is in jeopardy of being attacked.

Fighting an Illegal Search and Seizure on I-70

There are many measures to handle illegal search and seizure on I-70 because all cases typically come with their own set of circumstantial factors. The Fourth Amendment of the Constitution of the United States, however, is a suitable place to start because it prohibits unlawful searches and seizures. Generally, most of the illegal searches and seizure cases brought to court are made without a warrant are unconstitutional and invalid. This is generally referred to as the “Fourth Amendment warrant requirement.” A search warrant authorizes law enforcement members to basically search certain and specified areas for certain and specified items. Evidence accumulated by police through a wrongful search and seizure can not be made use of in a criminal action against a defendant. This doctrine is referred to as the exclusionary rule.

Illegal Search and Seizure on I-70 Defense Lawyer in Kansas

The law touching up on illegal search and seizure on I-70 is lengthy and complicated. You need to fully understand not only the individual laws of your state but also the common law, in order to adequately challenge the charges against you. But simply researching the concern is not sufficient enough. You need to get a criminal defense lawyer who has experience of how “the other side” performs to get things done. A good drug attorney can help you sort out your illegal search and seizure on an I-70 case and determine if the evidence was acquired without a warrant or probable cause and whether it should be allowed in court.