Home » Marijuana Busts on I-35 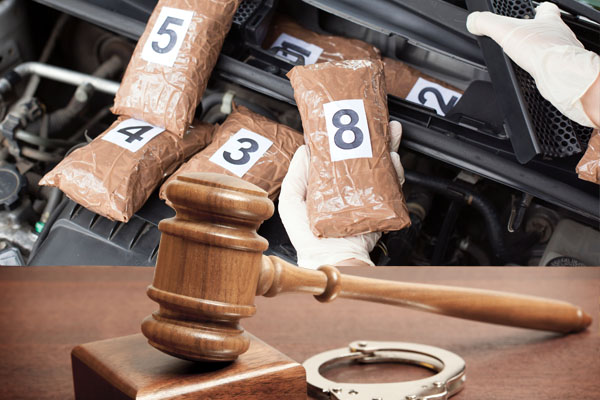 Marijuana busts on I-35 are happening more frequently. Interstate 35 runs through Kansas, a state bordered by nearby states of various drug laws. Kansas state troopers and local law enforcement are known for camping out at particular areas along I-35, looking to make a bust. Officers are alert to almost anything suspicious about the vehicle or motorist. Usually, they take advantage of speeding as a pretense to pull drivers over and search their motor vehicles, sometimes particularly focusing on drivers with out-of-state-license plates. Particularly, those with license plates from states that have legalized or decriminalized marijuana, like California and Colorado, fall prey the most.

Marijuana busts on I-35 occur most of time because law enforcement looks for about anything to warrant either additional interrogation, a demand to search a motor vehicle or summon a drug-sniffing dog. What makes things more complicated is the law that the plain odor of marijuana gives a policeman probable cause to search a vehicle. Officers in Kansas commonly deceive and use the excuse of marijuana odor to conduct an unlawful search, and it is very really tough to prove the opposite.

Marijuana Busts on I-35 Penalties

Marijuana busts on I-80 typically result in marijuana charges. The penalties of marijuana crimes differ considerably from the various charges that could be contributed to your particular case. Marijuana possession of less than 450 grams is a Class A misdemeanor punishable by up to 1-year incarceration and fines reaching up to $2,500.  Possession of any amount as a subsequent offense is considered a felony with imprisonment of 10 months to three and a half years and a maximum fine of $100,000.

Marijuana Busts on I-35 Defense

Marijuana busts on I-35 can be rampant with police misconduct. Misconduct and unlawfulness occur all too often on the side of law enforcement; so much so that Kansas lawyers are already familiar of what measures to take to prove that the police did not stick to appropriate search and seizure laws, and even that they did not have possible cause to stop the driver in the first place. If some of your constitutional rights were violated, it is possible to successfully argue to have the evidence presented against you suppressed and have the charges lessened or dismissed.

Marijuana Busts on I-35 Lawyer in Kansas

A large enough amount or sales could be just as damaging to your future as a harder drug like heroin. It will be a mark that will negatively have an influence on every element of your life. It is because of this reason that you should find a lawyer that has dealt with a number of marijuana busts on I-35 cases.