Home » Drugless Drug Busts and How They Are Completely Legal 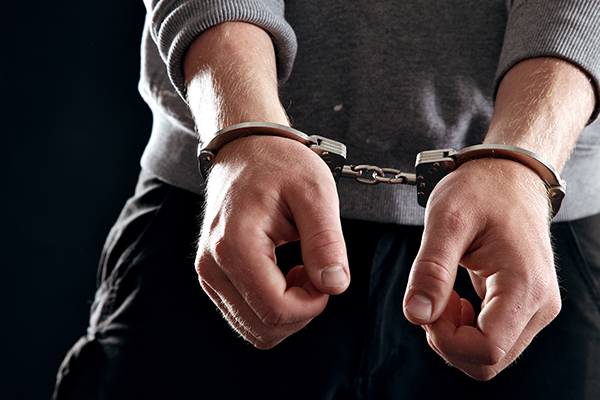 Law enforcement will in many cases focus on known drug areas by putting up surveillance from an undercover motor vehicle. The “eyes” or officer watching will wait for a dealer to start selling, with back-up units waiting in cars in the surrounding location. Within a couple of hours, police will confirm that a money transaction has taken place between the buyers and the dealer. The dealer may leave to retrieve the drugs from another area, such as a drainpipe or house, which will also be noted.

Once the drugs have been swapped for money, the buyers will be tracked by the “eyes” until the back-up unit apprehends and searches them. If the detained buyers are identified to have drugs in their possession, then the officer’s suspicions are affirmed and backup shifts into position for the “take down.” If the dealer is apprehended and has no drugs on their person, a case can still be made if they are found to have drug money. The site where the dealer retrieved the drugs can also be tracked and the drugs uncovered. Again, no drugs were really seen on the dealer, but the prosecution has more than enough proof to find the defendant guilty of possession with intent to deliver.

Any business owner will tell you, it requires a lot of employees to operate the business- and drug businesses are no other. The dealer cannot potentially manage the entire operation, so he needs small time dealers on the highways to move the “product.” He works with individuals as “lookouts” to make sure the police are not aiming to shut down the corner, just like loss prevention officers at department stores. Somebody must supply the dealer with the drugs he is promoting and provide him more drugs when he is all out. And since no dealer likes to have too much money on the corner in case of an arrest, someone must take and store the money off the corner. Law enforcement observes their actions and arrests people working with the dealer as co-conspirators, even though none of them were in possession of drugs at the time they were arrested.

Kansas police come up with all kinds of reasons to halt vehicles in heavy drug trafficking areas, like the now infamous Interstate 70. Neglecting to turn on a signal, rolling through a stop sign, and a broken tail light are just some of the reasons police use to pull someone over if they suspect the driver has drugs. If the police move toward a car and see furtive movements towards the floor of the vehicle, or if the driver seems very apprehensive, then the officer has a right to “fear for their safety.” They will then probably ask the driver for consent to inspect the car.

If the preliminary search of the car does not yield drugs, the driver can still be apprehended if he is found to have plastic baggies or bundles of money on his person. Suspecting drugs are in the car, the officer will then get a search and seizure warrant for the car, and will likely call out the K-9 unit. Upon performance of the warrant, police inevitably find more baggies and the drugs hidden in the car. At the time of arrest, the car driver did not have any drugs on him, but the proof is pretty strong that he constructively acquired the drugs with the intent to sell them.

Many drug dealers have couriers that send out drugs using the mail from source states. Sometimes, the receiver is not even conscious that the package consists of drugs, as generally they are just told to sign for the package and notify the dealer upon its time of delivery. The moment police in the source state obtain a warrant to open the package, they can verify that there are drugs inside of it. Police then sequester the package at the post office, tape it up and deliver it to its chosen place; nonetheless, rather of an ordinary postman delivering the package, it is a policeman or postal policeman in disguise. Now, the police have currently obtained an awaiting search warrant from a magistrate to serve on the source house, if all goes as planned. Once the receiver is paid and the package is taken to the dealer, the car is stopped and the package recovered. Both the occupants of the car are apprehended and accused of possession with intent to deliver marijuana, conspiracy, and associated offenses.

The package was not on either the driver or passenger at the time of their arrest and the driver was never seen holding the drugs. But again, the proof of their possession and intent to deliver the drugs seized is pretty compelling. They could possibly try to claim that they had no awareness of what was in the package or the driver could contend just presence, but justifying a case like this would be challenging.

All drug dealers have to stock their drugs at some venue before they are sold out on the streets. Usually, personal tipsters or neighbors supply the police with tips about homes where drugs are being held and sold. Security is then set up and they monitor buyers as they approach the house and exchange money for drugs, while buyers are often stopped and searched for drugs. Covert officers and confidential informants also use pre-recorded buy money to make purchases from dealers selling from houses.

Once enough evidence has been accumulated to prove that drugs are being sold from a property, the police solicit permission to perform a search and seizure warrant on the house. Once carried out, the drugs, drug paraphernalia, and pre-recorded buy money are taken from the property as proof of residence and other proof of drug activity.

Later, the undercover officer will figure out the people who responded to the door and collaborated with the buyers and arrest him for PWID. He may have no drugs on him, but there will probably be evidence in his home connecting him to the drug sale operation, like electricity bills and papers in his name at that address, a gun in his possession, and pre-recorded buy money that was used hours earlier when a source made a purchase inside the residence– all establishing strong direct and circumstantial evidence that he was managing a drug business from the location.

Remember that you do not have to be in possession of drugs at the time of your capture or be seen supplying or selling off drugs to be charged with possession with intent to deliver. It is what you intend to do with drugs that you actually or constructively possess that ends up being a legitimate problem. In spite of these cases which illustrate convincing proof of guilt, that does not indicate that there are no defenses to possession with intent to deliver charges in drug arrests.

Intent to deliver drugs is a charge not to be taken lightly, the category which is almost always a felony; although, it is commonly determined by the number of grams of the drug that are in the individual’s possession or were supplied. For instance, a possession with the intent to deliver methamphetamine or cocaine is a class II felony that brings 1-50 years in prison. Nonetheless, depending upon the quantity involved, those punishments can increase to 3-50 years, 5-50 years or 20-life. Possession with the intent to deliver marijuana of 450 g or more is a felony and carries 10 months probation to 42 months with a fine of up to $100,000.

The possibility of prison time can be high for these kinds of drug busts. That is exactly why getting in touch with a dependable law agency is crucial. Without having effective representation, your civil rights may be ignored and your trial outcome uncertain.