Home » Marijuana Laws They Are a Changin’: Options for Those Convicted Before Decriminalization 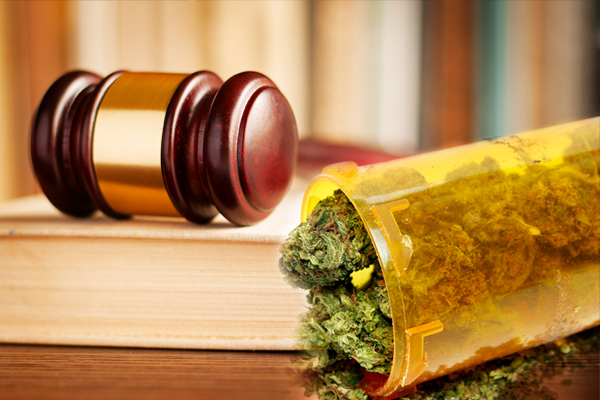 Marijuana laws have changed to the point where particular drug offenses no longer bear the severe charges they once used to. This means that rather than being dealt with a possible jail term when caught with small amounts of marijuana, the penalties for a person charged with possession generally consist of a small fine. It also implies that a charge of possession in a decriminalization state will primarily not lead to an arrest or any of the other punishments and procedures applied to people charged with a criminal offense.

It must be made crystal clear that when it comes to marijuana laws, decriminalization is not the same as legalization. To decriminalize something means that a state repealed or amended its laws to make certain acts criminal, but no longer subject to prosecution. In the marijuana context, this means individuals caught with little quantities of marijuana for personal use won’t be prosecuted and won’t subsequently receive a criminal record or a jail sentence. In many states, possession of small amounts of marijuana is treated the same as a minor traffic violation. States that have decriminalized marijuana include Alaska, California, New York, Minnesota, North Carolina, Oregon, and much of the Northeast.

The side effect of eliminating jail as a sentencing option for cannabis possession has typically been a good one. Despite worries that drug use would increase because of decriminalization, there is little proof to show that this took place in any of the states that have decriminalized small quantities of marijuana. Reductions in the costs of enforcement and courts have implied that these funds can be spent elsewhere.

Marijuana Laws: What to Do If Busted Before Marijuana Decriminalization

Prior to the reform, people were apprehended, convicted, and sentenced to jail (often for long periods of time) for simple possession. Marijuana laws have dramatically changed, in some cases letting adults possess a small amount of marijuana, those already convicted are still in prison serving sentences to this very day.

If you are one of those unlucky individuals or know somebody who was convicted before marijuana possession became decriminalized, or even legal, you are most likely thinking if there is any legal recourse that could really help.

Under Article I, Section 9 of the U.S. Constitution’s, ex post facto laws are forbidden.

In other words, laws can not be applied retroactively to convict you of a crime that wasn’t a crime when you committed it.

A new law decriminalizing a crime can not be used to decrease or end a conviction that took place prior to the new law’s passage unless the law has a retroactive amelioration clause.

Take for example Proposition 36, in which California amended the three strikes law to impose a life sentence only when a third felony conviction is serious or violent. Before the amendment, many were sentenced to life in prison for nonviolent crimes, like shoplifting. The change wouldn’t lessen their sentence, Proposition 36 also permitted courts to resentence offenders presently serving life sentences for nonviolent third strike convictions, allowing for retroactive ameliorative relief.

Though post-conviction relief varies from state-to-state in the U.S., amelioration usually demands to be clearly specified by lawmakers for it to take effect. In a political system immobilized by the need of candidates to seem hard on crime, this seldom occurs.

Marijuana Laws: Applying for a Pardon

A pardon is one type of clemency– a privilege that is bestowed to certain suspects or convicts that either lessens or removes their criminal liability. Clemency is commonly issued by the head executive of a jurisdiction (e.g., mayor, governor, or president), and a pardon, which often forgives all criminal liability for a person’s wrongdoing, is considered the highest form of clemency.

Article
Marijuana Laws They Are a Changin’: Options for Those Convicted Before Decriminalization
Description
Marijuana laws have changed to the point where certain drug offences no longer carry the harsh penalties they once used to. Read now for more information.
Author
Kansas Interstate Drug Lawyer